Today, Arlington is home to more than sixty permanent public art projects. These projects are commissioned by the County to be integrated into various capital improvement projects, commissioned by developers as part of the site plan process, and initiated by communities. Arlington’s history of developer-initiated projects goes back to 1979 with the commission of Nancy Holt’s Dark Star Park in Rosslyn.

In 2000, the County Board approved a Public Art Policy and in 2004, adopted a Public Art Master Plan. Public Art Program Guidelines for County-initiated projects were first approved in 2005. The guidelines were later expanded to include developer or Site Plan-initiated and Community-initiated projects and were finalized in 2015. We have hosted more than 40 temporary public art projects since 1987 and continue to partner with local arts organizations, artists, and community organizations to develop, launch, and present interpretative projects, temporary works, exhibitions, and more. We expect to complete another dozen or so permanent projects within the next three years, and we are monitoring about 25 developer projects at any given time. Our projects have received numerous awards, including seven Americans for the Arts Public Art Year in Review Awards since 2002.

Many of our public art projects focus on four high density, high visibility corridors – the Rosslyn-Ballston Corridor, Four Mile Run, Columbia Pike, and the Jefferson Davis/Route 1 Corridor.  In the R-B Corridor our projects aim to support larger urban design goals. Along Four Mile Run, we focus on parkland and areas such as Shirlington, the Four Mile Run Industrial area, and Nauck. In the Columbia Pike Corridor we work on projects to unify the streetscape of this major road and integrate public art into transit. Along the Jefferson Davis/Route 1 Corridor, we integrate our projects into various centers including the Four Mile Run restoration, Potomac Yard, Crystal City and Pentagon City. 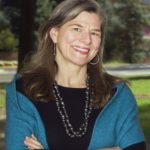