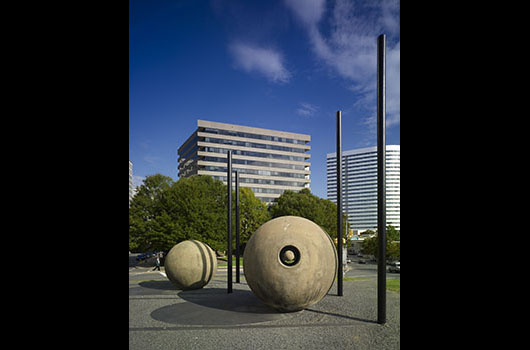 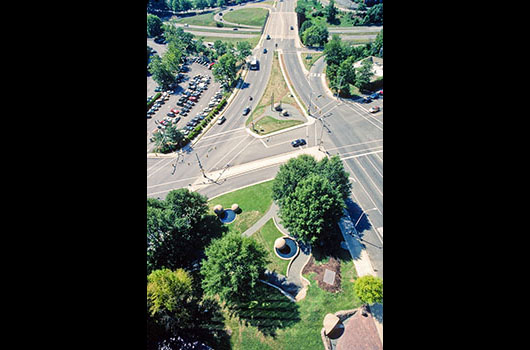 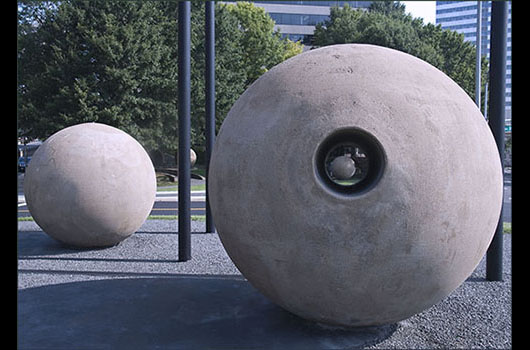 Encompassing landscape architecture, sculpture, and astronomy, Dark Star Park by Nancy Holt is among the first major examples of “integrated public art” that is inseparable from its setting and creates a total environment to be experienced.

The work also refers to the area’s history. Each year, on August 1st, at 9:32a.m., actual shadows cast by the poles and spheres align with permanent forms in the shape of the shadows on the ground beneath them. The date marks the day that William Henry Ross purchased the land that later became Rosslyn.

Dark Star Park is located between Fort Myer Dr. and N. Lynn Street, on both sides of N. Fairfax Drive.

Nancy Holt passed away in February 2014.  On Tuesday, October 14, 2014, Arlington Public Art Administrator Angela Anderson Adams was invited to participate at a memorial for artist Nancy Holt held at the Whitney Museum of American Art in New York, NY.

Here is a transcript of Adams’ speech.