The Family: David, Haggit, and Adoniyya 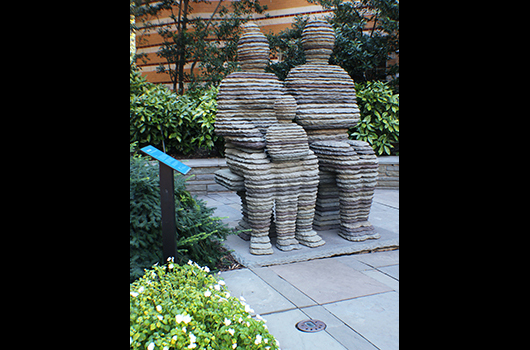 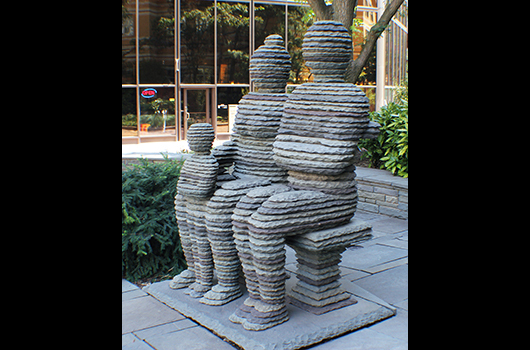 Israeli-born sculptor Boaz Vaadia (1951-2017) took his inspiration from both urban and rural environments, specifically the monumental stone edifices of his New York City home and the rural landscape of his childhood farm in Israel. His work contrasts stone’s qualities as both a geologic form shaped by nature and a building material shaped by humans.

Although the simply posed figures of The Family are biblical characters from the Old Testament: King David, his wife Haggit, and their child Adoniyya, the sculpture is representative of any family unit. The artist titled his early works after childhood friends and later began using biblical names to title his works.

These figures were formed by stacking hand-carved layers of bluestone. Vaadia’s layering of stone slabs mimics the stratification of the sedimentary rock and emphasizes the verticality of the structure.