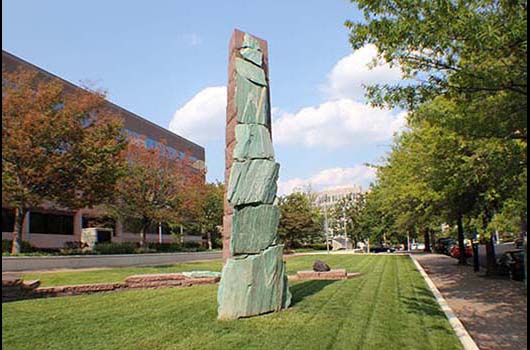 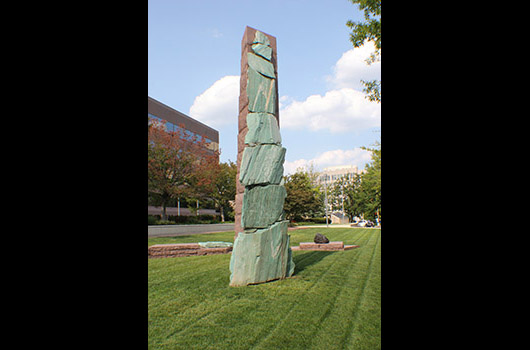 Jim Sanborn frequently evokes natural forms and forces in his work – elements both visible and invisible. Here, slabs of granite seating and the obelisk of granite and quartz refer to monumental geologic forms created over millennia.

Illustrating nature’s dynamic and opposing forces, the obelisk features a steel lightning bolt continuing down on its journey from the sky. If you stand behind the dark lodestone in front of the bolt, it appears to be striking the lodestone, cracking the granite base upon which it rests. Lodestone, also known as magnetite, is highly magnetic and attracts lightning strikes. It also attracts the needle of the magnetic compass engraved into the polished granite slab (magnetic forces falsify a compass reading, thus overriding the functionality of this man made tool). The arrangement of the granite seating areas (including the far one at the end of the lawn) also suggests the forces of attraction and repulsion.

The artwork is located in the green space on the Clarendon Blvd. side of the building.