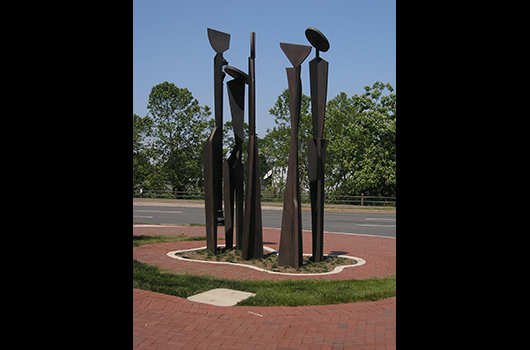 Brad Morton first began casting bronze in 1984. He now operates a foundry in his Birmingham, Alabama studio where We the People was fabricated. These five figures were inspired by the first three words of the preamble to the United States Constitution and convey ideas of commonality and individuality inspired by Shirlington’s diverse community. Although each figure is composed of similar stylized bronze forms, they vary in their orientation and height, bestowing each with distinctiveness.