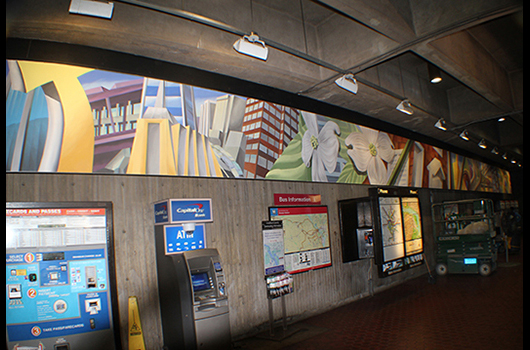 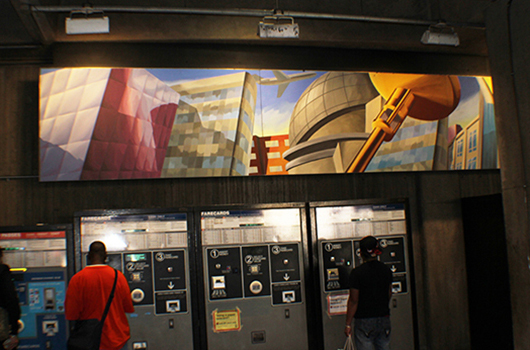 Eleven panels comprise this 88′ long panoramic mural of Rosslyn located in the Rosslyn Metro Station. The mural’s size and siting, which do not allow it to be comprehended in one glance, as well as its stylized imagery, make it appear from Moore Street like an abstract pattern of colors and forms. Upon closer inspection, familiar elements of Rosslyn’s urban landscape emerge and morph into one another, in a serial effect that relates to film, graphic novels, and comic strips: Key Bridge, the curved form of one of Rosslyn’s twin towers, a flowering Dogwood (Virginia state tree), the Arlington Temple United Methodist Church building, which houses both a church and a gas station, and even another of Rosslyn’s public artworks. The work’s dynamic lines connote the experience and perspective of a person moving through the streets.