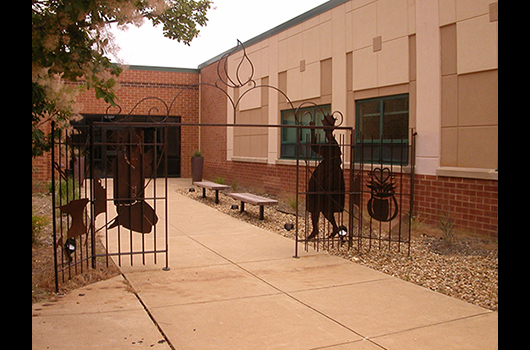 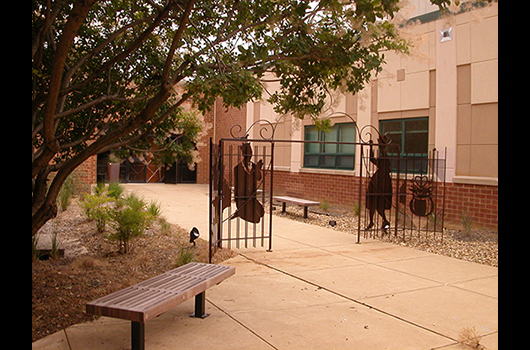 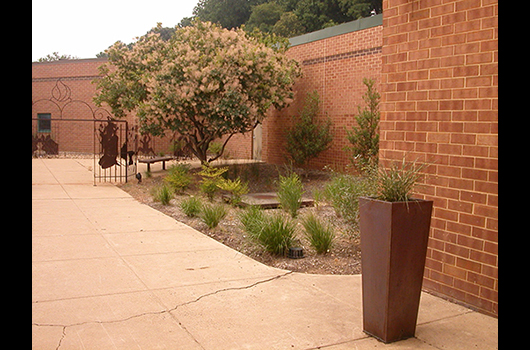 During a 1996 artist residency, Sam Christian Holmes created this ornamental gate, basing his imagery on historic figures, places, and spiritual practices significant to Arlington’s African-American heritage. The organizing theme of this project is Freedman’s Village, a community of emancipated slaves established by the federal government in 1863 on land now part of Arlington National Cemetery. The subjects represented by each gate segment chronicle the struggle to transcend the legacy of slavery and segregation and highlight sources of strength and inspiration to the African-American community. Holmes’s gate no longer completes an enclosure or acts as a barrier, but captures a moment in the passage toward freedom. This sculpture was originally exhibited in the Ellipse Arts Center’s 1997 exhibition All Together Now, Artists at Work in the Community.  It is now installed at the Gunston Theater II Courtyard.