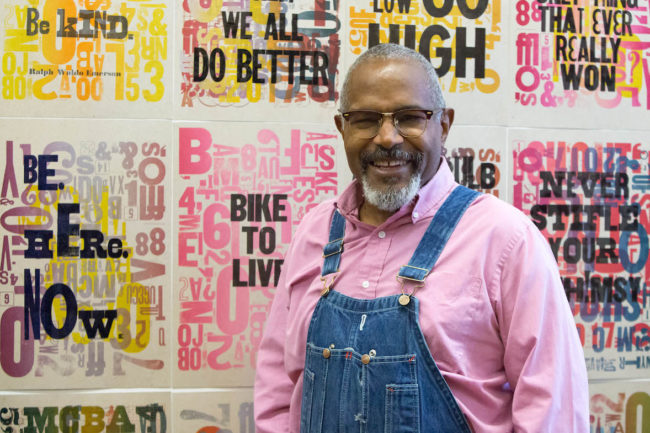 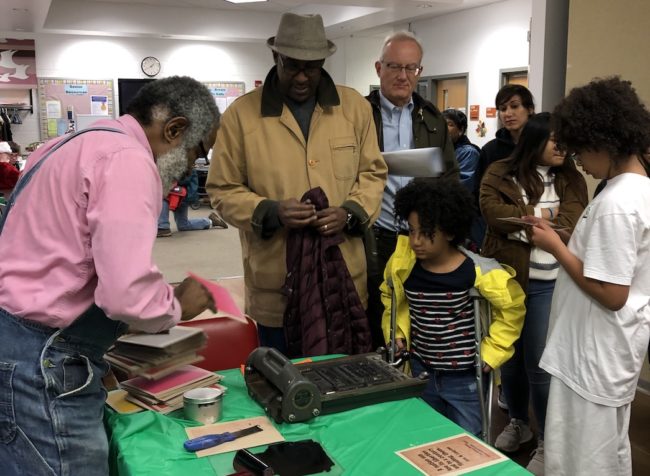 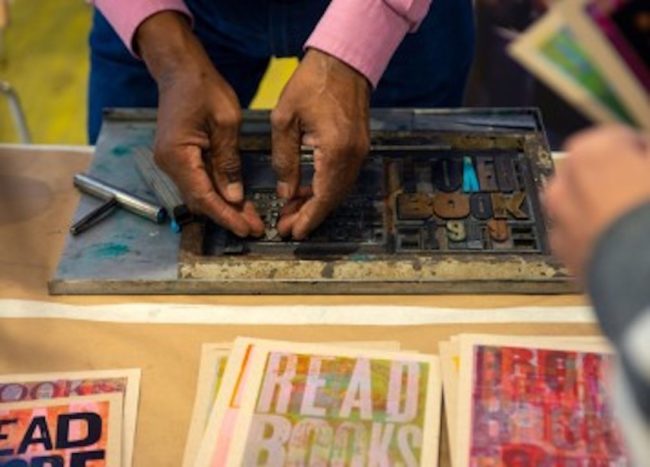 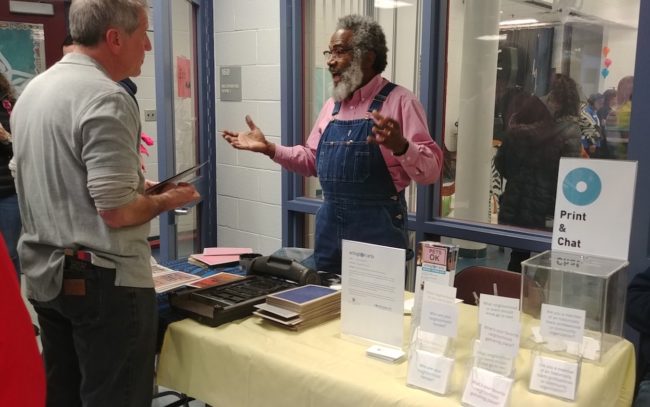 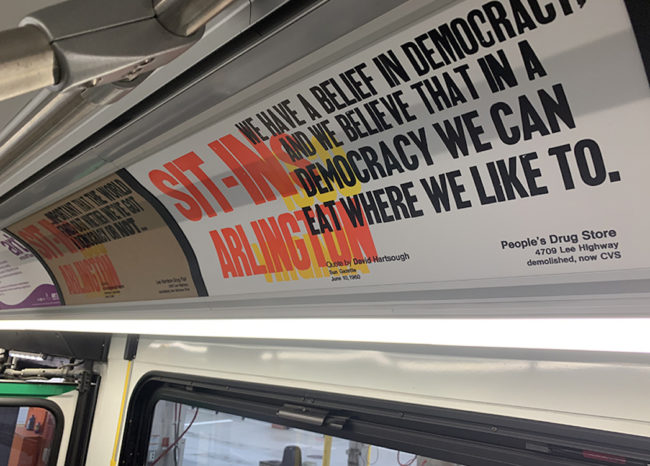 Art on the ART Bus 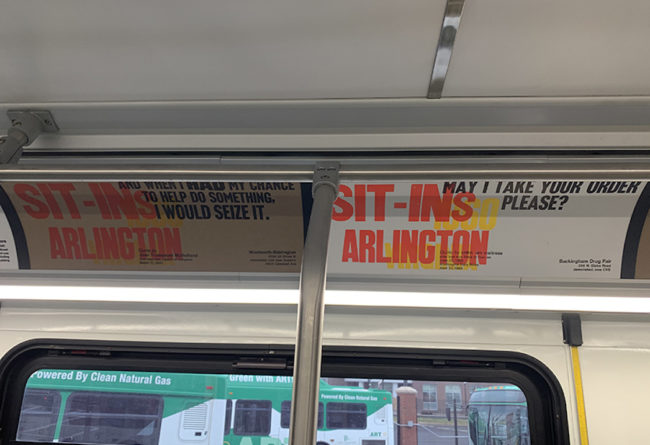 Art on the ART Bus

For the last two years, Arlington Arts has been collaborating with the County’s Historic Preservation program and Arlington’s Center for Local History to commemorate Arlington’s civil rights history with a focus on the 60thanniversary of the desegregation of Stratford Junior High School last year and the 60th anniversary of the lunch counter sit-ins this year.

On June 9, 1960, just after 1:00 p.m., about a dozen people walked into the People’s Drug Store at 4709 Lee Highway in Cherrydale (now a CVS) and began what would become a peaceful County-wide demonstration for the right of all people to be served at what had historically been white-only lunch counters. Thirteen days later, on June 22, 1960, the F.W. Woolworth store in Shirlington was the first to announce that patrons would be served regardless of the color of their skin.

Together we have been working with printer, book artist and papermaker, Amos Paul Kennedy Jr. to bring attention to the places and events that are often overlooked in our collective memory of Arlington. Mr. Kennedy creates prints, posters and postcards from handset wood and metal type, oil-based inks, and eco-friendly chipboard. Much of his work is inspired by proverbs, sayings, and quotes that are significant to the place he is working.

Since 2018, Mr. Kennedy has been visiting Arlington to meet community members, research our history and create letterpress prints in response to his discoveries. He engaged community members to make their own prints at the Lee Highway Winter Festival of Lights, and the Feel the Heritage Festival and special celebrative prints were distributed at the Stratford Desegregation 60th Anniversary Commemoration.

It is our dream that every person living and working in Arlington receive or encounter one of Mr. Kennedy’s prints to prompt their rediscovery of this part of the County’s history. Before the onset of COVID-19, Mr. Kennedy’s prints were available for free in the lobby at the Bozman Government Center. This spring, a set of his original prints were installed on an ART bus as part of Arlington Transit’s  Art on the ART bus program.   The conclusion of Mr. Kennedy’s residency is now planned to be the first Arlington Art Truck activation in spring 2021 with Arlington’s Black Heritage Museum as the community partner.